Integrated Marketing Communications (IMC) is arguably the single most important concept in the field of communication studies. If you’re not familiar with IMC, it’s the integration of every department: marketing, public relations, advertising, promotions and personal selling in an effort to boost efficiency and maintain a single, unified message across all communication outlets.

While this country recovers from a devastating recession, proactive companies have learned that integrating these fields of communication prove to be more effective and less expensive than the alternative. Too many times we see companies fail at delivering a powerful message that stays the same across these disciplines. If the message isn’t clear, concise and controlled, audiences will be reluctant to support your company and what it stands for. Poor execution of message delivery can also hurt the one source that can change the game for a small, start up company, which is word-of-mouth communication.

When we want to become more familiar with a client, identify a target audience or pitch a reporter to cover your stories, doing a little homework can go a long way. Research is the key to any successful campaign, and if you’re not thorough with planning and research on the front end your company will find itself unprepared and unwilling to face the embarrassment of an effort that fell well short of its goals.

Before implementing any call to action, I’ve learned that conducting the slightest bit of preliminary research will leave you more prepared to handle difficult situations in the process of developing your campaign. What is your client’s mission? What are their long and short term goals? What are they trying to accomplish by bringing your PR agency on-board?

This information can acquired through the simple act of listening. It’s one of the five senses that people seem to have the most trouble with. Listen to your client, identify what their needs are and put goals, strategies and tactics in place to help build a successful campaign.

Entry level employees will be expected to write press releases, conduct research and work with the media to build relationships on behalf of the clients you’re representing. The research part is easier if you have the right tools to use. Setting up Google alerts and using sites like socialmention.com and blogpulse.com are free resources that are easy to use. Cision makes it easy for professionals to find reporters that cover specific topics so pitches are relevant, local and targeted.

Social media has done the entire media industry a favor by providing  platforms that offer timely information and a way to connect with the public. It’s more important than ever to monitor blogs, twitter, facebook and other social platforms to keep the client and your agency positioned as thought leaders in the public eye. 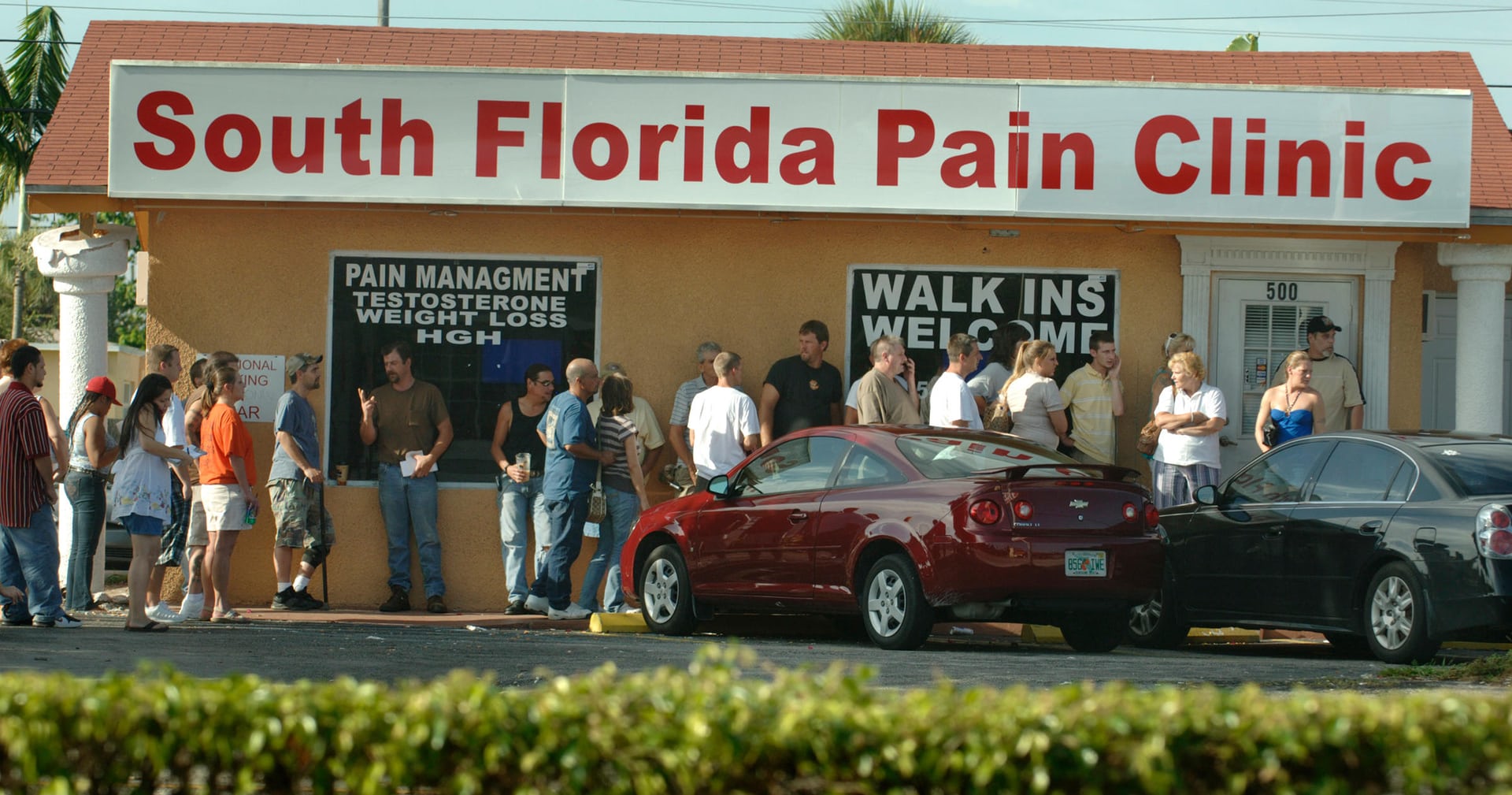 Since Rick Scott has been in office as Florida’s governor, there have been many controversial issues that have seen a lot of media coverage. Health care, budget concerns, high-speed rail and unemployment seem to be the most talked about issues in the state, but one problem that has affected not only the city of Tampa but the entire state of Florida is prescription drug abuse.

The state has yet to act on implementing a prescription drug database to monitor transactions involving these medications. This has allowed dirty doctors and so-called “pain clinics” to sell mass amounts of these highly addictive drugs to doctor shoppers, which are addicts and drug dealers who illegally obtain and sell these prescription drugs on the black market. Gov. Rick Scott cut this monitoring program from his budget proposal this year, claiming that it would be too expensive and would invade an individual’s privacy.

This story has been followed by a majority of daily newspapers around the state of Florida. The St. Pete Times, Tampa Tribune, Miami Herald, Orlando Sentinel, Naples Daily News and the News-Press are a few major newspapers in Florida that have covered the issue. Most of the news has been about the actual pill mills and the controversy over the prescription drug database. This issue has made national headlines in nearly every major media outlet too. The Wall Street Journal, New York Times, Huffington Post, USA Today, ABC and CBS news are just few news outlets that have covered pill mills and how they’re feuling the opioid epidemic in Florida.

The problem is not only felt in Florida but across the nation. Addicts and dealers will make trips to the Sunshine State because prescription medications are easy to obtain. Most of the national media outlets gave an overview of the pill mill problems in Florida to an audience that may have been unfamiliar with the issue. Local and state news covered more about the drug monitoring system and Rick Scott’s decisions regarding this issue to reach Floridians who are familiar with the issue.

Public opinion is overall more negative than positive. Public sentiment regarding the pill mill problem and Scott’s decision to scrap the proposed monitoring system was also negative. Blogs, forums and other platforms that allow more opinionated writing have expressed an overall negative view of the prescription drug problem and how it has been handled by  state government and local officials. When seven people die each day from prescription drug abuse in the state of Florida and nothing is done about it, you can bet public sentiment won’t be very positive.

Social media users have seen a significant change in the way they are able to carry out public relations practices. Social media outlets are interactive and two-way; two important characteristics of effective communication between a client and the public.

Organizations use social media to increase interactions with publics through a steady flow of inputs and outputs (Sundar, 2007) toward mutually beneficial relationships (Yang and Lim, 2009 S.-U. Yang and S. Lim, The effects of blog-mediated public relations (BMPR) on relational trust, Journal of Public Relations Research 21 (2009), pp. 341–359. Full Text via CrossRef | View Record in Scopus | Cited By in Scopus (5)Yang & Lim, 2009).

The profession of public relations strives on truthful communication and a conversational atmosphere. This is what social media outlets provide. Users can talk business while being able to communicate in a manner that is less formal. Jargon and formal conversation may suggest to a client that there may be a motive involved.

A study that was conducted mentioned the impact that Twitter had on relief efforts after a massive earthquake in the country of Haiti. Many of the Twitter posts relayed a powerful, personal message. They were not even promotional or financially motivated but inspiring posts that brought our country to Haiti’s aid.

Social media outlets like Twitter are being commonly used in public relations practices. The posts are short and very personal, which give the public a sense of commitment and human interaction. Twitter is more than a message engine—it is a platform for social connection and promotion. It’s interactive and conversational which are driving forces in public relations.

A study conducted by researchers at the University of Tennessee found that public relations has been portrayed negatively by media outlets over the years. This can ultimately have a negative impact on the credibility of the entire profession.

Negative stereotypical themes have continually discredited everything good public relations can do for an organization. Media has been known to portray the profession as damage control specialists and slacks who are spewing lies and working with no moral backbone. The reality is quite the opposite. Without trust and transparency, public relations would not be the thriving industry it is today.

Public relations is of great value to society, and the perception of this industry has changed drastically from what it once was. Academic studies focused on 84 different articles that contained the term ‘public relations’. These articles made negative remarks about the profession and portrayed public relations as an attempt to hide or disguise the truth. Spin doctors are a thing of the past.

Candace White and Joosuk Park, University of Tennessee researchers, conducted a phone survey involving over 400 people, and found that the public’s view of public relations is not simply damage control, or that they disguise the truth. What may be the most beneficial for the practice of public relations is to focus on how organizations view the profession, and what can be done to enhance the legitimacy of the profession.